The Children in Our Care

Who are the Children in Our Care? 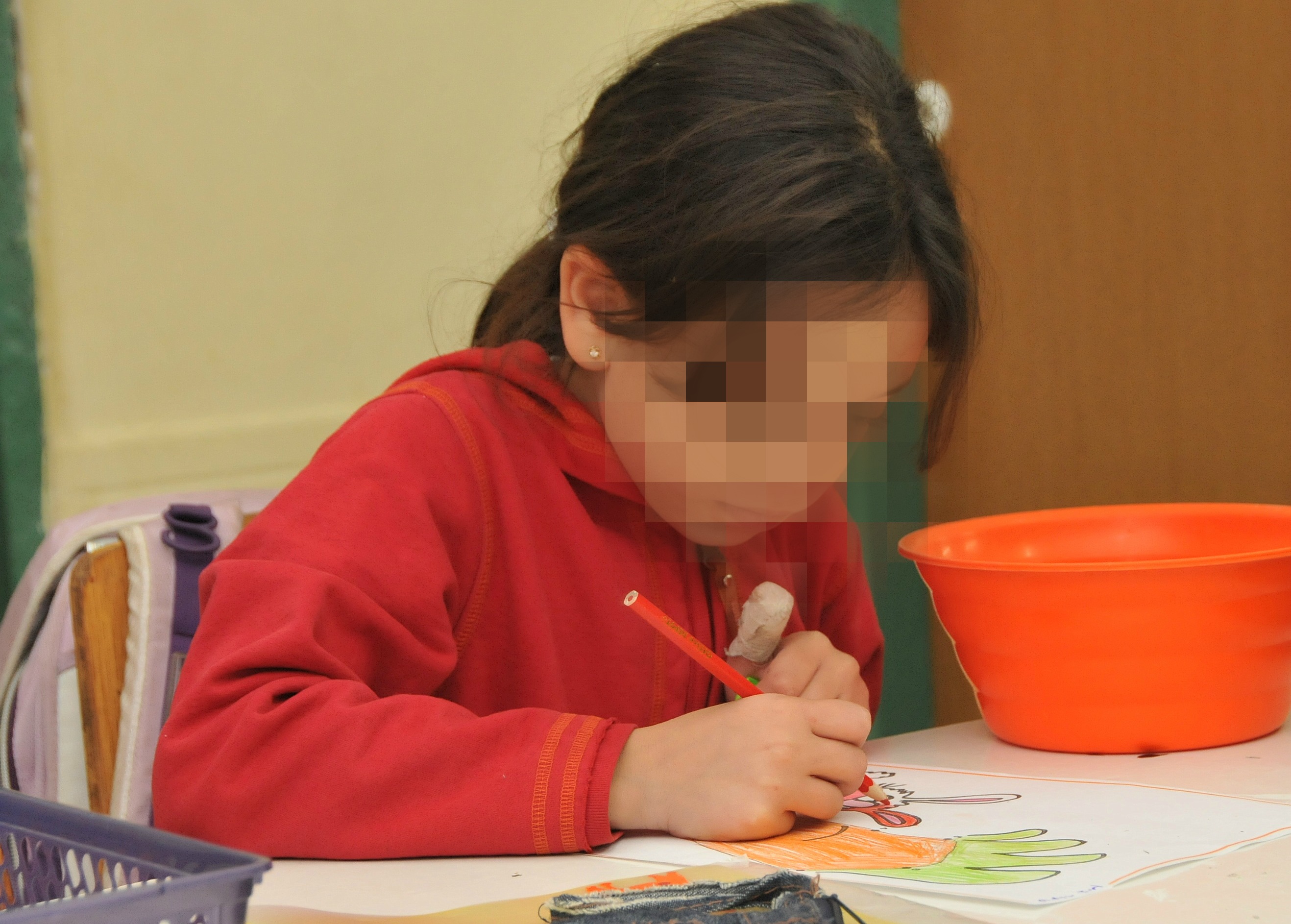 Rivka didn’t have a chance from the start. Her mother, a drug–addicted criminal, couldn’t take care of her. Her father died in prison before she was born. The first years of Rivka’s life were rough. By the time she was 8, she knew more about tragedy and neglect than most people learn in a lifetime – Rivka took care of her sick mother until she died.

Rivka shielded herself from the pain and horror of her life by distancing herself from all her emotions. While on the outside she seemed to get along, on the inside she felt vulnerable and unstable. She had learning difficulties, was plagued with fears and couldn’t sleep at night.

Luckily for Rivka, Israeli social service authorities placed her at the Children’s Home in our new project for at-risk teen girls. When she arrived she was unable to feel or express any emotions and could not form normal relationships with other children or staff. The Children’s Home staff is now working with her, trying to help her experience, explore and understand her emotions. 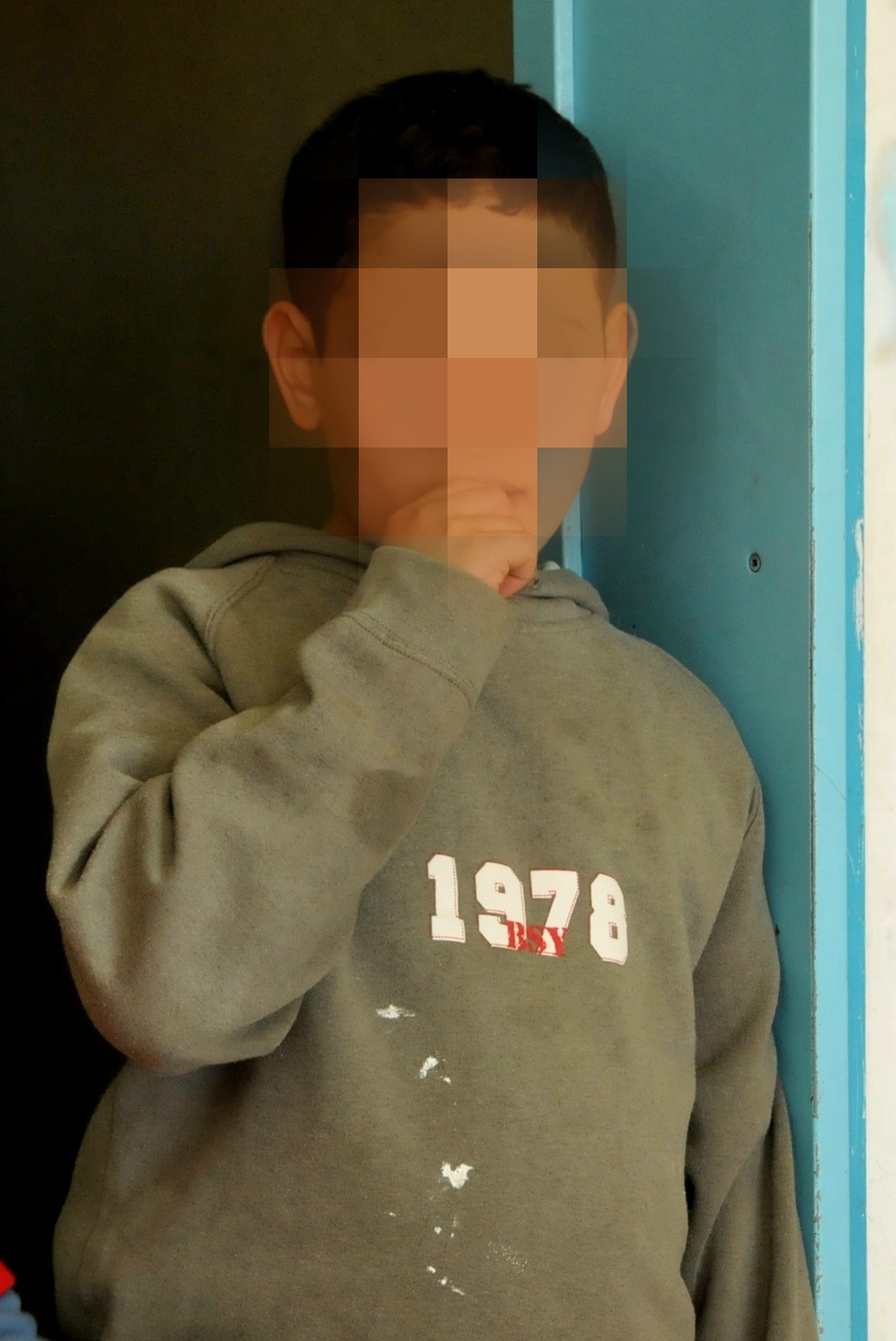 Doron is a child of divorce and, like many such children, blames himself for the failure of his parent’s marriage. His mother, a self-centered woman who deserted the family, often told Doron that he was the cause of all her troubles. Doron never knows where to reach his mother as she moves around without leaving a forwarding address. His father has been divorced twice more.

Doron grew up feeling worthless. When he arrived at the Children’s Home he felt incapable of performing the easiest tasks and couldn’t form relationships with others. The repressed anger he felt for his mother was turned against the staff who were trying to help him. He would often try to run away from the Home and endanger himself by climbing on the gates and roofs.

Now in his third year, Doron is finally showing signs of progress. He is beginning to show promise in his studies and to sense his own value.

Yelena was born in Belorussia. She came to Israel with her parents and brothers when she was a few months old. Her father was an alcoholic and a very violent man, against whom the courts put out a restraining order. Soon after divorcing his wife, he drowned at sea. Her mother is unemployed and lives with her older son. She is very passive and weak, afraid not only of the authorities but also of her son who is a drug addict and controls the household through violence.

Yelena began suffering from physical abuse at the age of four. In turn, she became abusive and violent towards other children in kindergarten. She was placed with a foster family, after which she revealed she had been sexually molested by her older brother. Her violent behavior eventually had her removed from the foster family and placed in a children’s shelter, but her emotional problems were too severe, and she was finally placed at our Children’s Home when she was 8 years old.

When she came to us she seemed full of life and energy, with survival skills, but her inner world was in turmoil, overwhelming her with fears and anxieties. Her early childhood experiences haunted her. Her most basic experience was that of instability.

Today, after four years at the Home, Yelena easily forms relationships with adults and children. She asks for help and is able to discuss and describe her inner world. She has ceased her violent behavior; she likes to study and looks forward to moving on to a regular school framework. 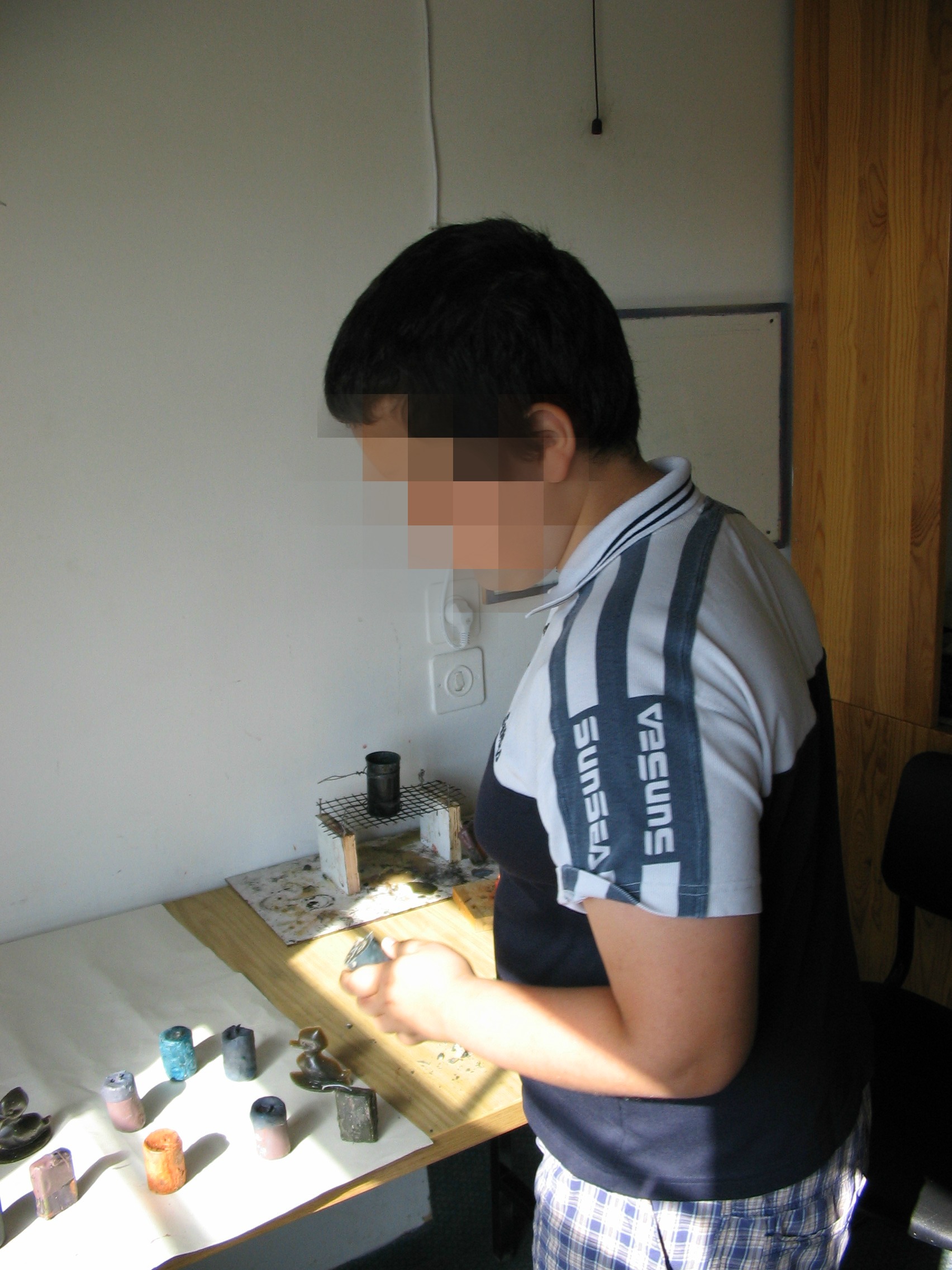 Reuven, who lived in shelters since he was three, moved into the Children’s Home at age 12. His mother was emotionally unstable to start with and got worse after Reuven’s father died. Now, she is incapable of caring for herself.

At the shelters Reuven never learned to form interpersonal relationships either with children, or with adults. He was restless and often aggressive. His mother had never even bothered to toilet train him.

Staff members at the Children’s Home are providing steady support to Reuven. He now lives in a secure, protected environment surrounded by people who show daily that they care about him.  Reuven is slowly learning to accept the fact that his mother will never be able to love him and has begun to develop and enjoy close relationships with others. 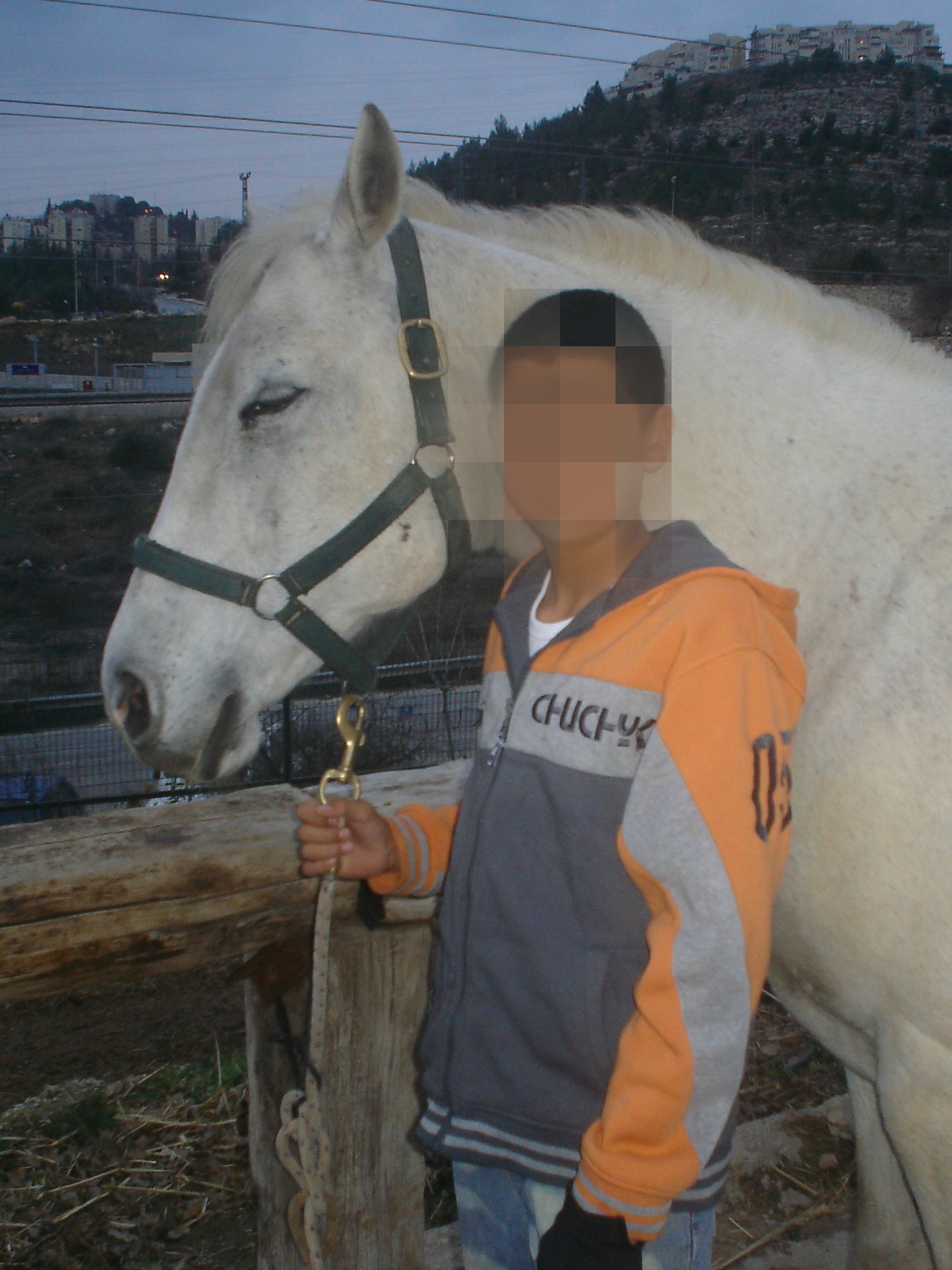 When Yotam goes for his weekly sessions of equine therapy at the horse farm, greets “his” horse, Ruach, talks to him as he brushes him down, feeds him, cleans his stall and rides him, he is the picture of calm and satisfaction.  It would be hard to guess that just two-and-a-half years ago, Yotam was so aggressive and violent that he had to spend several months in a psychiatric ward and receive medication to help control his outbursts.

When at home, he often struck out at his mother and father and his three siblings. He was prone to vagrancy and would attack strangers whom he found annoying. His home is marked by neglect and disorderliness, which also spills over to the physical and emotional neglect of her other children.

Yotam was placed in residential care in the Junior Unit when he was less than 11 years old.  His first few months in the unit were full of despair. He was rejected and attacked by the other children and he often ran away. His angry violent outbursts resulted in a lot of destruction of property in the cottage and in school, and clearly he was unable to learn. Yet, very slowly, Yotam began to calm down and when he was calm, he was very attentive and gave the impression of seeking contact with others. In school, he made an effort to gain skills and once he put his mind to it, he quickly acquired proficiency in math, reading and writing. He also discovered a special fondness for learning English and art.

By acquiring these skills and a modicum of self-control, Yotam naturally began to be more trustful of his counselors and other caregivers and allowed himself to be helped by them. Above all, Yotam feels protected here and calm. He has become more sociable, has learned to share with others and has real friends. He attends a special art class outside the Home, is also learning to cook and he no longer runs away. 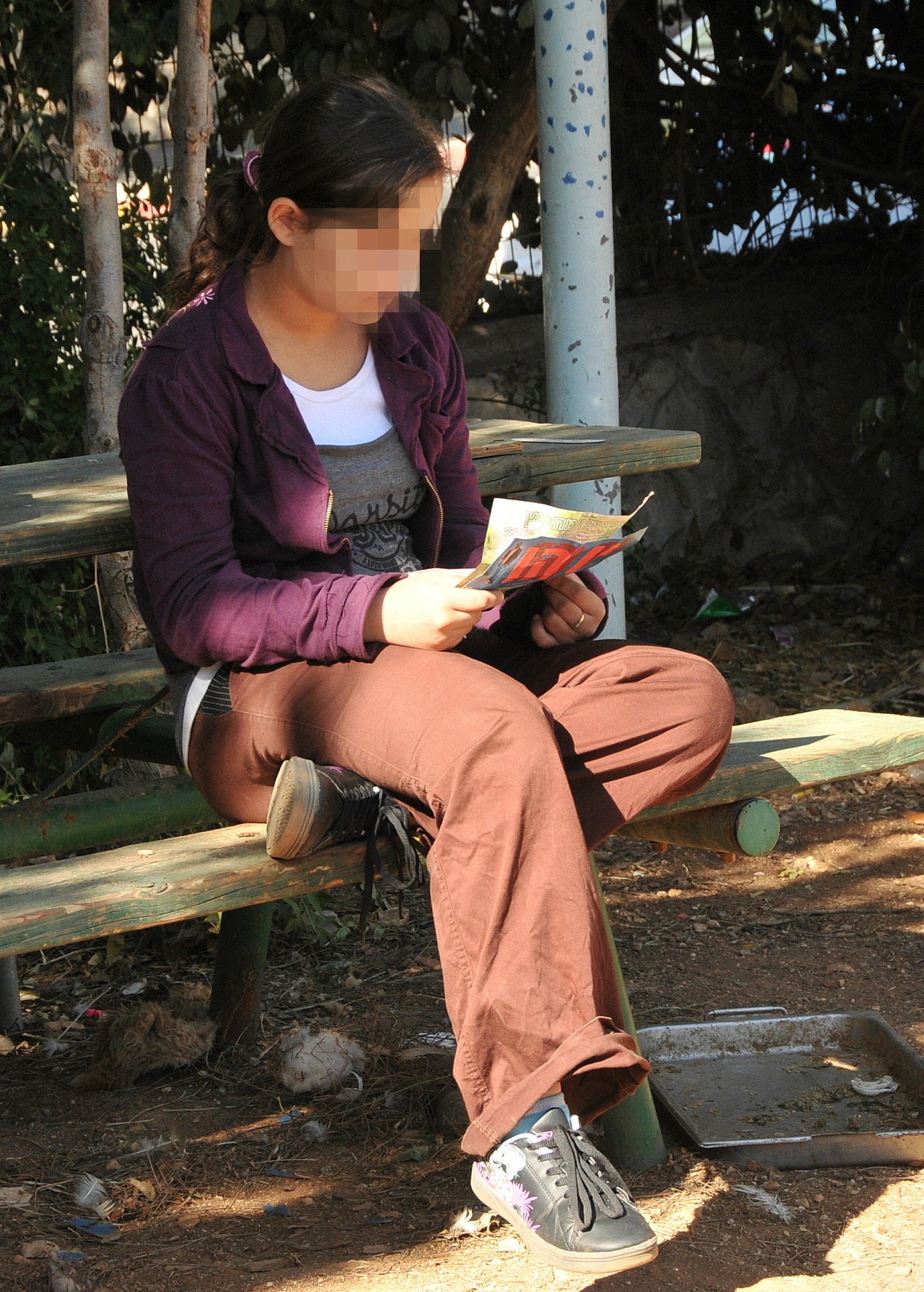 Ilana today is a 12.5-year-old girl who is always neat, attractive and well-dressed. She is a very pretty girl who has a huge artistic talent. During her last year she also began learning how to knit and sew. The Home’s seamstress took her under her wing and let her blossom. At the graduation ceremony, Ilana walked down the aisle to get her diploma, wearing a lovely pair of slacks that she had sewn herself.

When Ilana first came to the Home at the age of 8.5, on the one hand she seemed to function normatively, but on the other hand was on the edge of paranoia. She did not believe that anyone did anything to help her without ulterior motives; she felt constantly deprived; she always perceived herself as being the last – in line, in getting the afternoon snack, in being attended to. This paranoia fed upon her early childhood experiences. Born to mentally ill parents, Ilana’s early years were marked by a dysfunctional home, severe neglect and exposure to inappropriate sexual nuances.

During her four years at the Children’s Home, Ilana learned to identify her paranoid behavior and laugh at herself. She allowed the staff to see her weaknesses as well as her strength and desisted from constantly presenting a calm, controlled front. Ilana will continue at the WIZO youth village in Haifa where she will attend a regular school, go to afternoon art classes and develop her unique abilities.  She will continue learning how to make the best of the help offered her and put it to good use. 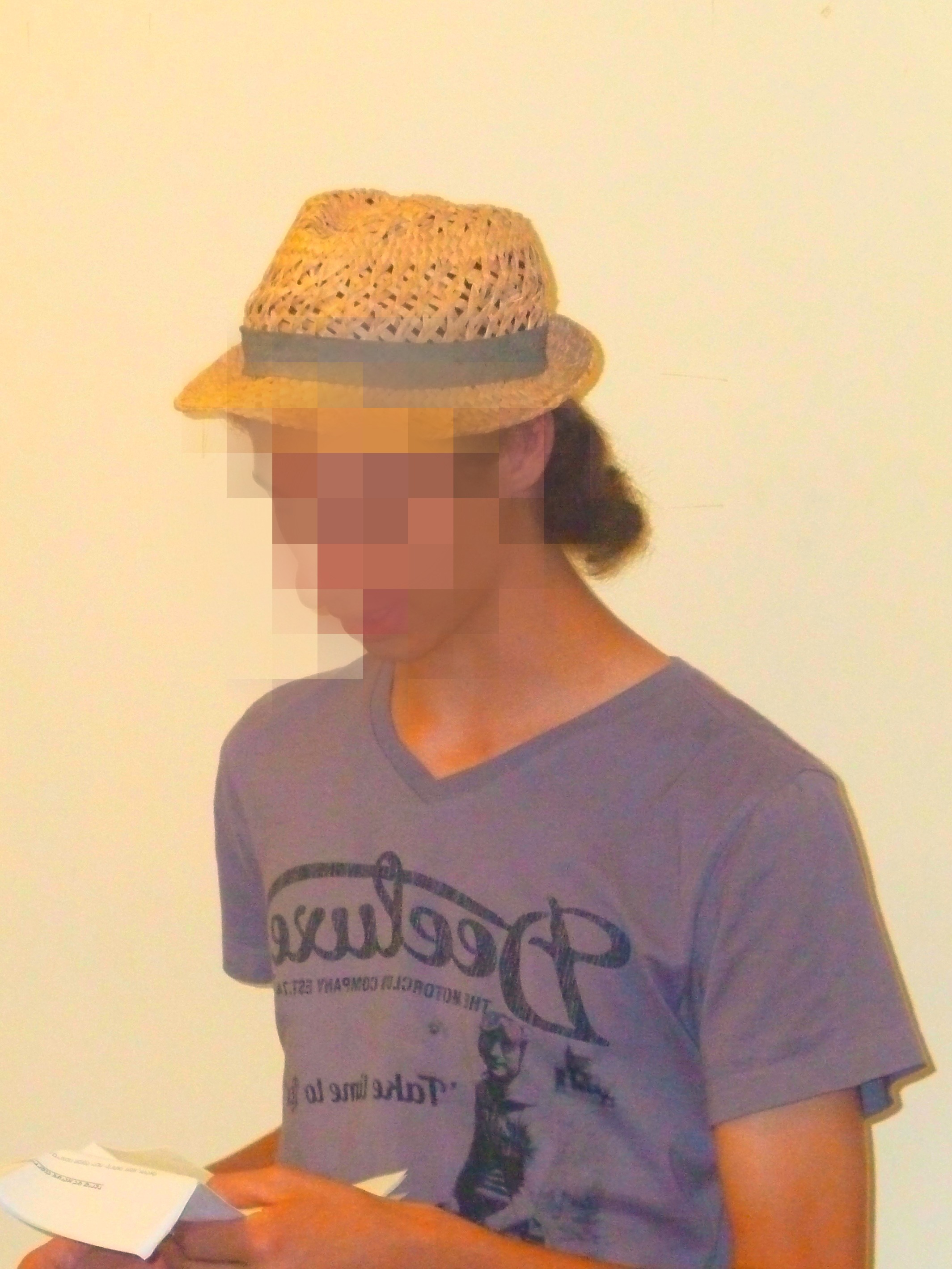 Dani came to the Kemper Group House at the age of fourteen. Since the age of 12, he had not attended a single educational or treatment framework; in fact, he had not left his house during those two years. He was suffering from very severe depression, which had not been addressed for several years. Prior to the age of 12, he had been sent from one potential treatment framework to another, living sporadically with foster families, attending special education programs – none of this helped.

Dani began attending an external remedial school, applying himself to his studies and utilizing all the tools he had acquired from the work with the therapeutic staff at the Group House. His progress was dramatic. The following year, through a special sponsorship program, Dani began studying courses in Physics and Developmental Psychology at the Hebrew University. He continued this academic course for two years and completed full high-school matriculation. He has proudly graduated from high-school and has also been accepted by the Israel Defense Forces and will soon begin his military service.

Dani’s scholastic achievements were coupled with successful rehabilitation that drew him out of his depression. He learned to give of himself at many levels and during the past year worked as a volunteer at a home for autistic children, caring for one child whom he escorted several hours per week. Dani will soon be joing the Israeli Army having learned that he can leave home and yet find security in his newly acquired sense of self in the outside world.